Winner Bill Wren with his Grand Prize, a Casio Privia keyboard. Notice Broadjam.com is up on the screen in the background. Part of the suite of prizes. 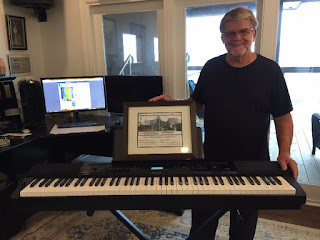 DSA interview with Wren
1. Who were your favorite songwriters (that perhaps influenced your writing?)
I would have to say the Beatles was my number one favorite band. However, the early Moody Blues may have had the biggest direct influence on my song writing. Fusing rock / blues with contemporary Instrumental / Orchestra music.

2. How did you become a songwriter?
In the mid. 60s I started playing Bass in local bands, mostly playing  rock / blues cover songs  Needless to say I have been involved in music most of my life so writing music became a natural progression .

3. What inspired your Grand Prize winning song, “Enchanted Kingdom” ?
Enchanted Kingdom is the first track off my third CD “The Road To Chaing Mai” When I decide to do an album I always have a theme. This album is about my resent travels to Thailand,  which is also referred to as the
enchanted kingdom. I thought it fitting to start the album out with this song.

Note : Enchanted Kingdom was a especially tough song to produce, because I required it to have live instrumentation. It was recorded in the Hans Zimmer’s studio in LA  by his studio musicians.

4. What is your writing process?
In my 30s I  learned how to play Acoustic Guitar in the finger picking style. This opened up a new world for me. As a result started picking out original tunes by using stranded and alternative turnings. Finally in 2005 I decided to start recording demos of my tunes adding keys, guitar, drums and  bass.

5. How did your co-write on “Enchanted Kingdom” come about?
My co-writer Frank Ralls who is also my producer and arranger.. Frank has been instrumental in my music going on ten years now. We have become good friends and started a publishing company Ponder Dust Publishing LLC.

Known as the Songbird of Texas, Bill Wren is an award winning songwriter who says, about his undying love for songwriting,”Music is the way I express what’s in my heart without words. I strive for beauty and peace in the songs that I compose and hope that they bring the same peace and enjoyment in others.” Bill was born in Corpus Christi, and is now settled on the water in Fulton, TX .  https://billwrenmusic.com/full-bio/

Growing up in East Texas, Jared LoStracco picked up is love for music listening to his father`s country records. In high school, LoStracco learned to play the guitar from his older brother and quickly started playing his favorites songs from artists such as Willie Nelson, Waylong Jennings, Robert Earl Keen, and Pat Green. https://www.broadjam.com/jrlostracco

Winner of the Drawing for the IPod –  Jeffery Moore, Baton Rouge, LA  His entry, This Love, #102 was drawn.

Photos of the Awards Dinner

Now in its 26th year, The DSA 2016 Song Contest is one of the longest running international song contests for amateur songwriters. Over $5,000 in cash and prizes.

THANKS TO OUR SPONSORS 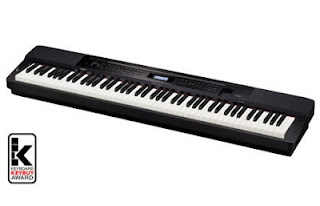 and a Nashville recording session at Beaird Music Group.

Read interview with 2015 winner T Edwin Doss and learn about out other Grand Prize Winners. ❤

Did you miss the Awards Dinner? Here’s a blow by blow courtesy of Dan Roark

MC and GRAND PRIZE JUDGE,  ROY ELKINS, left us with extensive comments on the grand prize winners and more. https://old.dallassongwriters.org/roy-elkins-on-songs-from-dsa-song-contest/

Listen to the 2014 winners on Soundcloud at:

Workshops for April and beyond ♫ Dallas Songwriters E-News, SONGWRITERS NOTES issue #187 May 2017 ♫

Become a Sponsor
DSA Members need to register a separate account to become a sponsor.